Curious about PUBG Mobile? If you’re a fan of intense, action-packed mobile games, chances are you’ve already heard of this multiplayer battle royale game before. After all, the app enjoys a popular status among players across the globe, ascending even to become a bona fide global phenomenon

Often described to be bold, exciting, and realistic, PUBG Mobile takes you into a world of fierce battles, and fast-paced deathmatches. Think of it like you’ve been chosen as a tribute to the Hunger Games! Once you make it into the battleground, you’ll need to do everything to survive.

Interested to know more? Here, we have prepared everything you need to know about this popular mobile game. – from how to download, how to play, to how to conquer it. Check them out below!

What is PUBG Mobile?

Generally, PUBG Mobile serves as the mobile version of the online battle royale game called Player Unknown’s Battlegrounds. In the said game, players are to engage in an intense competitive battle to become the last one standing.

Specifically, the game starts by letting the players choose their characters. Once done, they’ll be dropped on an island, where they will battle until the bitter end. Once they’re on the battleground, players can freely grab the best weapons they can find.

Players can ambush other players, and hide until only a few of the participating players remain. Overall, they are free to do anything and practice any tricks to survive and become the last person standing.

Fortunately, downloading the PUBG Mobile is easy and can be done only in a few steps. To date, the app is currently available on both Google Play and Apple Store. This means that you can simply visit any of the mentioned online app markets, search for PUBG Mobile, and click “Download.”

Take note, however, that you’ll need to have your device running on Android 5.1 and higher, with at least 2GB of RAM, or iOS 9.0 or later. The game itself is free to download and free to play, so there is no need to worry about surprise fees and charges.

To do so, simply launch the PUBG Mobile, tap “Guest,” and click “Accept.” You will then be allowed to customize your character according to your liking. Later, you’ll be asked to provide a display name to your character. Click “Done” and then tap “Create” to finally set up your Guest Account.

How to Play PUBG Mobile?

Generally, PUBG players follow the jump-loot-kill-survive pattern. Specifically, once you set up your character, you can begin by hitting the big “START” button in the top left of the main lobby screen. From there, you’ll be dropped from the plane straight into the battleground.

You have to bear in mind that survival lies in tactics. With this, choosing where to land carefully is the first step you should accomplish. While in mid-air, try to keep an eye out for swarms of other players. The general rule of thumb is to avoid encountering other players.

Try to pinpoint a safe area where there are no other players on site. Often, your best bet is to land on buildings so you can grab some valuable items and weapons. After doing so, you can then decide whether you want to go all-out and kill some fools or hide in a safe zone until the number of players decreases.

Be sure to keep an eye on the mini map you see on your screen, as it will help you identify the safe areas in the battleground. As time progresses, the circle will begin to shrink, and if you happen to be outside of it for too long, you’ll eventually die. Do what you can to survive.

Games are a great way to use your imagination and creativity, even when we’re stuck at home. Get ready to join and become part of the Battle Royal madness. Jump out of the plane, look for the best spots, loot for weapons, and engage in a do-or-die battles against other players by entering the world of PUBG 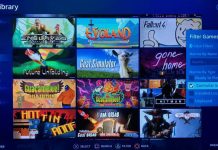 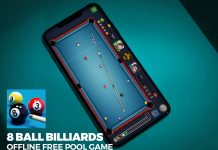