At the beginning of 2021, WhatsApp’s reputation was compromised with hundreds of headlines related to privacy policy concerns. Although this messaging app is known for its end-to-end encryption, Facebook announced that WhatsApp will adapt its terms to the latest GDPR, which made millions switch to Telegram.

As the second most popular messaging platform, Telegram was founded by Pavel and Nikolai Durov (VKontakte) and was primarily directed to Russian users.

Today, it is widely considered a safe alternative to WhatsApp. Here we look at how these two compare and which is the better app for encrypted messaging.

If you know anything about social media and messaging apps, then you have heard about WhatsApp.

Founded back in 2009 by the developers for Yahoo, the main idea was to put an end to service provider messaging and offer users instant communication.

It was released for both iOS and Android devices, gaining millions of users in just over a year.

Today, that number is set at 2 billion, and you are sure to find people all around the globe that use this app.

Change in the Business Model

Since 2014, when Facebook bought the company for $19 billion, Jan Koum and Brian Acton withdrew from managing this platform.

What was founded as a niche messaging app was soon to turn into a mainstream platform, which Koum and Acton didn’t like.

Created to compete with WhatsApp, Telegram had its official premiere in 2013.

Its founders are the same brothers who developed the social networking site VKontakte as an alternative to Facebook.

Initially, users from the USA and Europe weren’t interested in switching over to Telegram as it didn’t show any differences to WhatsApp.

That is something that changed very soon after. Today Telegram has over 500 million users, with more than 700 million downloads in total.

Most interestingly, the majority of users are from Iran. Plus, the platform is available in 13 languages.

Apart from the fact that Telegram was presented as a messaging app that is much more secure, the revenue model was created differently.

This app is powered by the initial donation from the founders. But, while they announced the app to stay free forever, there is a chance it will start yielding revenue from ads shortly.

How to Download/Install WhatsApp and Telegram

Before we get into the designated features of each, it is important to discuss the device availability.

When it comes to smartphones and desktops, WhatsApp supports use on iOS, macOS, Android, KaiOS, and Windows devices.

To get started, you should visit the Google Play Store or the Apple App Store and download the app for free.

Are There Available Desktop Versions?

When it comes to using these messaging apps on your desktop computer, Telegram is a much better option.

If you don’t have the mobile app, you can’t use WhatsApp desktop either, because you need the app to register your account and login.

On the other hand, the Telegram platform can be used independently from the mobile app, or you can sync all the data and messages through their free-to-use cloud storage.

Below we will take a look at the main features that each of these apps has to offer.

The main concept of WhatsApp is to allow sending of messages, files such as photos, videos, and documents, as well as sharing locations between its users.

As for the customization options, there are stickers, changeable backgrounds, dark mode, and disappearing messages that are similar to how Snapchat works.

The most impressive part about Telegram is that you can share files that are up to 2,056 MB in size. This is 20 times more than WhatsApp.

Not only that but groups are limited to an impressive 200,000 users, with reliable voice calls and beta video calls currently available.

Lastly, we love the channel feature that users can subscribe to and receive notifications from the same provider.

There has been a huge fuss over the past couple of months regarding WhatsApp’s privacy policy. But what does each really offer?

WhatsApp isn’t an open-source platform, but it still utilizes end-to-end encryption. This means that, for now, third parties can’t access your messages.

On the other hand, the company does have the crypto key to these messages and information on who and where the information is sent from.

It is connected with Facebook and may be granting unrestricted access to your private information, which is quite annoying.

Basic Telegram messaging is encrypted then encrypted again before the designated user receives it. It isn’t a fully open source but doesn’t allow data access either.

Something most users are concerned about is the Telegram cloud platform that stores the messages as well as files that users share between. This is something to consider.

The app allows Secret Chatting which is highlighted by end-to-end encryption and can be further reinforced with fingerprint or PIN authentication. It also allows anonymous accounts.

Do WhatsApp and Telegram Use Bots?

There has been a lot of controversies regarding whether bots should be featured in messaging apps or not.

While the WhatsApp company has never been too eager to introduce these in their app, there are chat and support bots for people with Business profiles (since 2018).

On the other hand, Telegram has a completely different approach and made sure to start their inclusive AI bot service in 2015.

In the developer’s opinion, bots can be quite useful for updating users on notifications, accepting payments, conducting surveys, and for playing games.

One of the coolest points about Telegram is that the platform allows you to integrate IFTTT services and create your own bots.

Most importantly, this can’t affect the privacy policy or the security of the app for those using it.

There are many advantages of intuitive payment services such as Apple Pay or the one that is utilized by WeChat.

With that in mind, users all around the world are eagerly waiting for WhatsApp to make instant transfers and payments available for everyone, and not just those in India.

On the other hand, since 2017, Telegram has been making a lot of progress regarding creating an inclusive payment service.

As of now, the transfers can be initiated by bots that you integrate with a shopping app or the user that you want to send money to.

We are sure that both WhatsApp and Telegram will continue to work on this feature given the fact that mobile payments are stepping in place of cash transactions.

In our opinion, following the structure that is set by the messaging app, WeChat is the best way to ensure secure and fast transactions.

Advantages That WhatsApp Holds Over Telegram

The main advantage of using WhatsApp is that it has a larger user base.

While this can change in the future, for now, it means that this app has a more intuitive interface and if you have any issues regarding the app, you are more likely to get a relevant answer.

This is something that WhatsApp is known for, as third parties and vendors can’t breach and open your messages.

Last but not least, WhatsApp has allowed video calls for more than a decade and as of now, you can have up to 8 users in a single call.

On the other hand, while Telegram is beta testing this feature, it will take a few more months if not longer until it can compete with WhatsApp in this sphere.

Advantages That Telegram Holds Over WhatsApp

The first point that we love about Telegram is the unlimited storage that it offers.

While for some this is a security concern, the fact that you can save files and messages on the platform and download them from any of their platforms is quite beneficial.

Additionally, all you need is a username to communicate with others. This makes anonymous messaging much easier.

Thus, you can send messages to others without them seeing your phone number, which is perfect for group chatting.

Last but not least is the fact that you don’t have to log out from your mobile phone to send messages or receive calls on the desktop platform.

Not only that but you can use Telegram on macOS, Windows, or Linux without installing a mobile client.

If for whatever reason, you aren’t attracted to WhatsApp or Telegram, Signal has got you covered.

Numerous users have rated it as the safest messaging app on the market. The reason? It doesn’t link your identity to the app and the only info it stores is your phone number.

Another fantastic point about it is that Signal is fully open source, and allows end-to-end encrypted chats.

Furthermore, you can control whether the messages and files are stored on a cloud platform or not.

We also found that its disappearing messages feature is much more reliable than just about any other app and that Signal offers enhanced group chat security.

At the end of the day, we consider Signal to be the perfect solution for sending messages and sharing files 100% anonymously.

If you want a platform that offers reliable performance on all devices and doesn’t limit file sharing, go for Telegram.

For those that don’t want to mess with secret chats, but are looking to enjoy end-to-end encryption, WhatsApp is a better option. 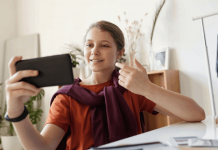 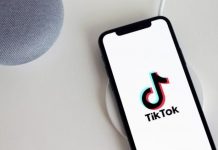 Find Out How to Save TikTok Videos to Mobile Devices