Access to WiFi is becoming increasingly important, especially where people use their phones as their main way to connect to the internet. There is a sense of need for me to stay online whenever I go out, so I keep searching for access to WiFi.

I always wanted to have access to WiFi because I do not want to miss any message, report, or news update. A mobile app called WiFi Map can help me stay connected anywhere I go.

Discover the WiFi Map app and its features below. Learn how to set up the WiFi Map on mobile devices to be able to access WiFi anywhere and anytime. 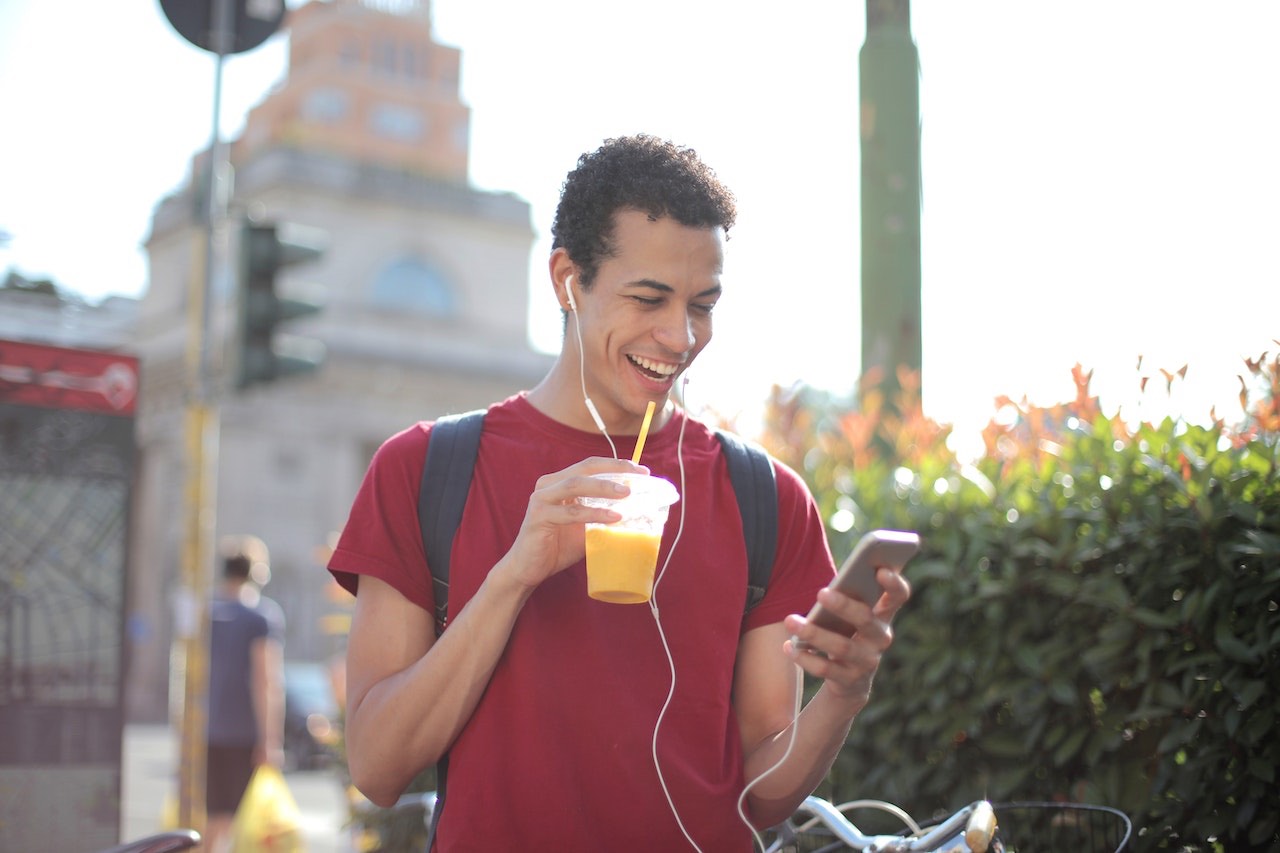 What Is the WiFi Map App?

WiFi Map is a free, crowd-sourced tool for connecting to the internet to help smartphone users get online. The real-time application uses its database of over 100 million hotspots in 200 countries to direct users to the closest WiFi hotspots. 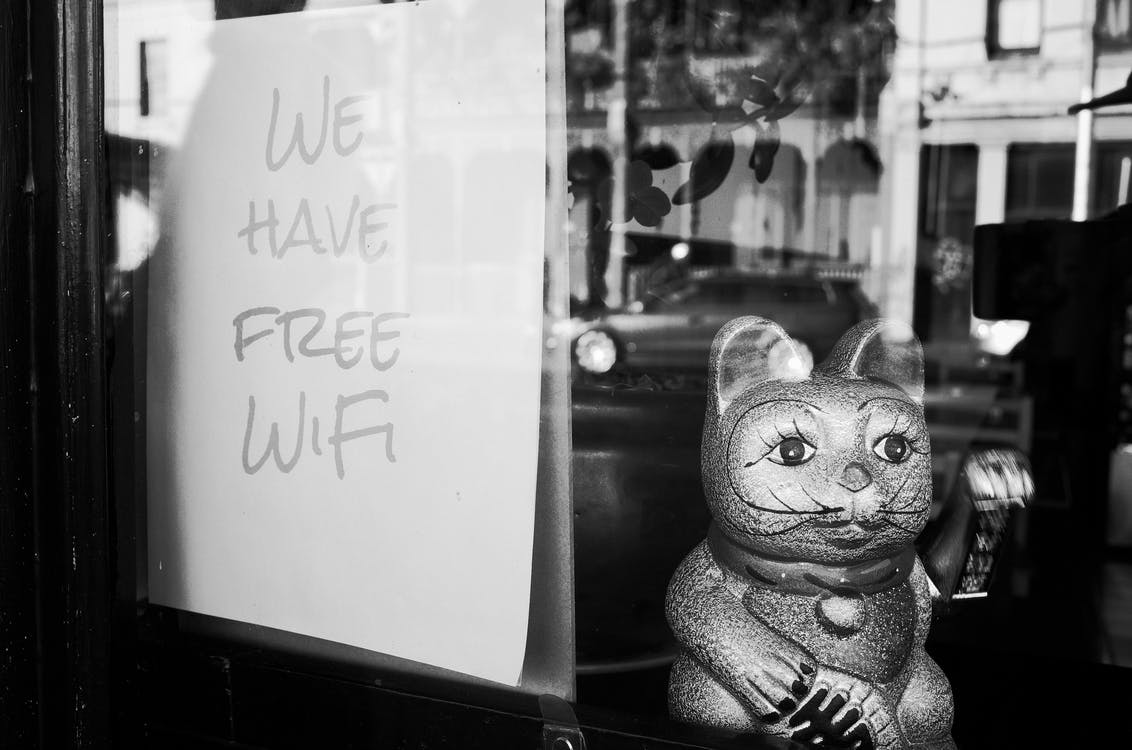 The app offers information on the name, speed, and location of each connection, as well as passwords if necessary. By using the app, it feels like I am connecting to a local internet connection at home because of the information I get from the WiFi Map app.

Businesses and developers can also benefit from the app’s WiFi mapping capabilities. For example, a local coffee shop can list its location on the WiFi Map database to attract more customers.

How to Start Using the WiFi Map App

Before installing the WiFi Map app I wanted to check if the app was safe, so I read about how it started. According to its official site, Denis Skylarov and his co-founders Dzmitry Plashchynski, Igor Goldenberg, and Kirill Kudin developed WiFi Map in New York in 2014.

The WiFi Map app was initially launched on iOS as a freemium model. This model allowed users to download the WiFi Map app for free and then upgrade to access additional features.

After launching a marketing campaign that offered free access to the WiFi Map app for 48 hours, the company found digital gold. WiFi Map was downloaded more than 1 million times in a matter of days after the media picked up on the campaign.

Where Is the WiFi Map App Available?

Since the media picked up the campaign, the WiFi Map app immediately gained the attention of many people. It ended up recording millions of downloads immediately after its release in 2014. Shortly after its launch on iOS, the company developed the app to become available on Android devices. 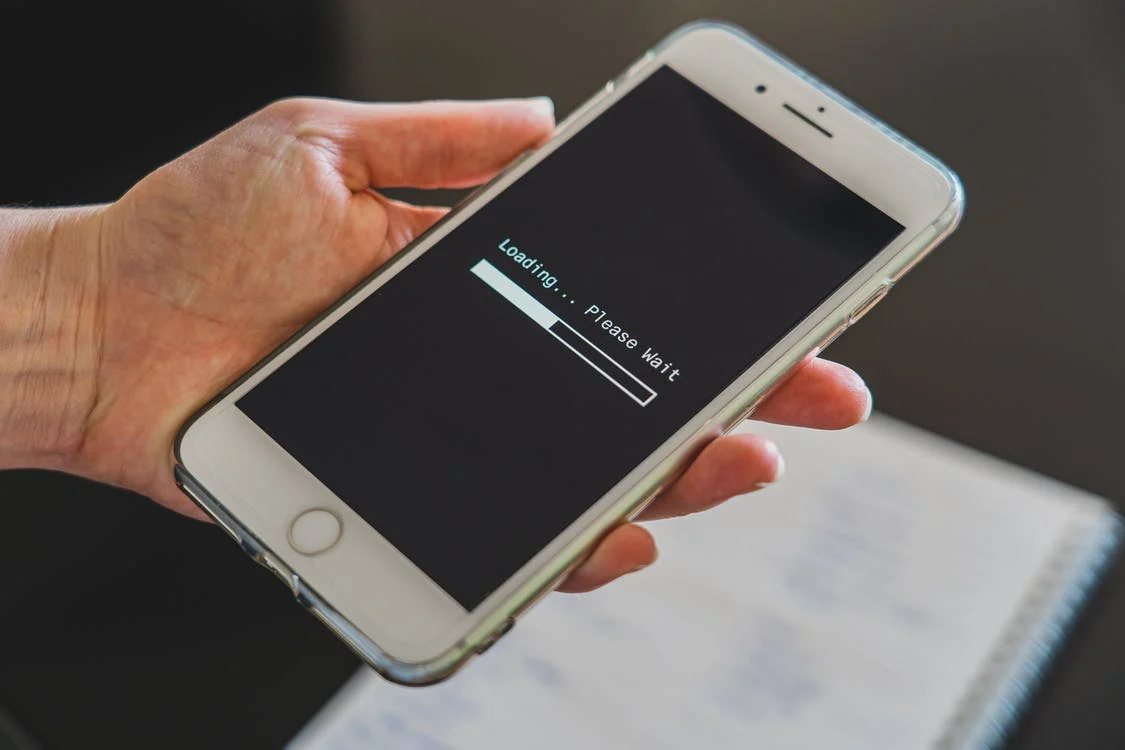 When I discovered the WiFi Map app, it was already available on the Google Play Store and the Apple App Store. The WiFi Map app requires people to install it on devices running on Android 5.0 and up and iOS 12.1 or later to be able to run functionally and smoothly.

The WiFi Map still uses the freemium model, which means I can download it for free with the option to purchase premium or exclusive in-app items. The app offers a premium version where I can unlock all its exclusive benefits and features.

How Much Does WiFi Map Pro Cost?

Although the basic free version of the WiFi Map does the job well already, allowing me to find internet connection anywhere, I still find the advertisements a little annoying. The ads keep popping up whenever I want to do something on the app.

Thus, I decided to avail myself of the WiFi Map Pro, which costs $1.99 monthly. The app’s Pro version lets me enjoy its exclusive feature of an ad-free experience. I can also use the offline maps anytime.

Is the WiFi Map App Safe?

Before I installed the app, I ensured to read about its Privacy Policy to check how it will protect my online privacy. One of the main issues of using such an apps is the potential threat to data security because we are not assured how the app will handle our personal information. 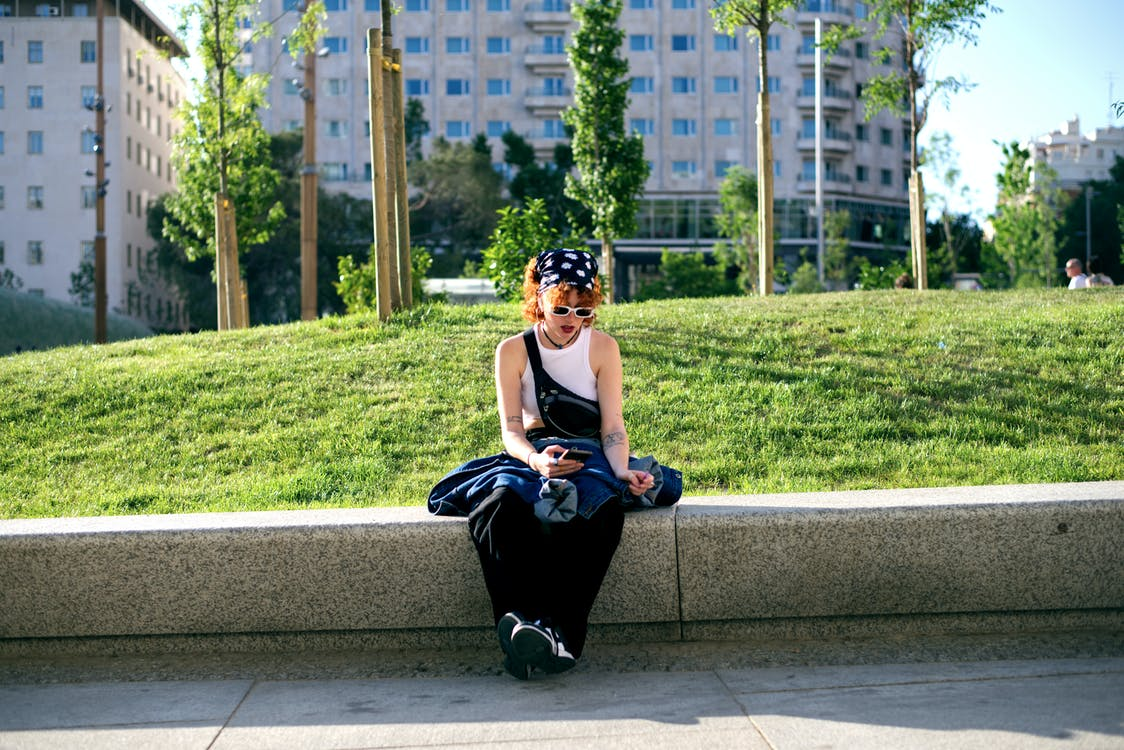 I liked that WiFi Map provided its Privacy Policy to let us know the information it collects and what it does with the collected information. The WiFi Map app gathers the users’ email address, social networking profile (if available), age range, country, language, time zone, device ID and operating system.

The app uses the information that it collects from its users to provide, maintain and improve services, develop new features, send product updates, perform internal operations, including troubleshooting, data analysis, testing, and research, and send advertisements and other communications.

How to Setup the WiFi Map App

Upon installing the WiFi Map app, there is no need for me to complete complex steps to get started. It only asks me permission to access my phone’s location and network connections. Then, I was welcomed by the app with an overview of its features.

The WiFi Map app stated that it is possible to find over 100 million WiFi locations on the app, where other users have added active WiFi locations and passwords. I can also download the use the WiFi Map offline by saving a map of WiFi places.

It also mentioned that there will be notifications about nearby WiFi connections as it promotes saving money with free connections, so I can get free WiFi when I need it the most.

How to Use the Map on the WiFi Map App

Once I went through the app’s features and content overview, the WiFi Map immediately began to build a map. The map on the app is a virtual visualization of the places with available WiFi. 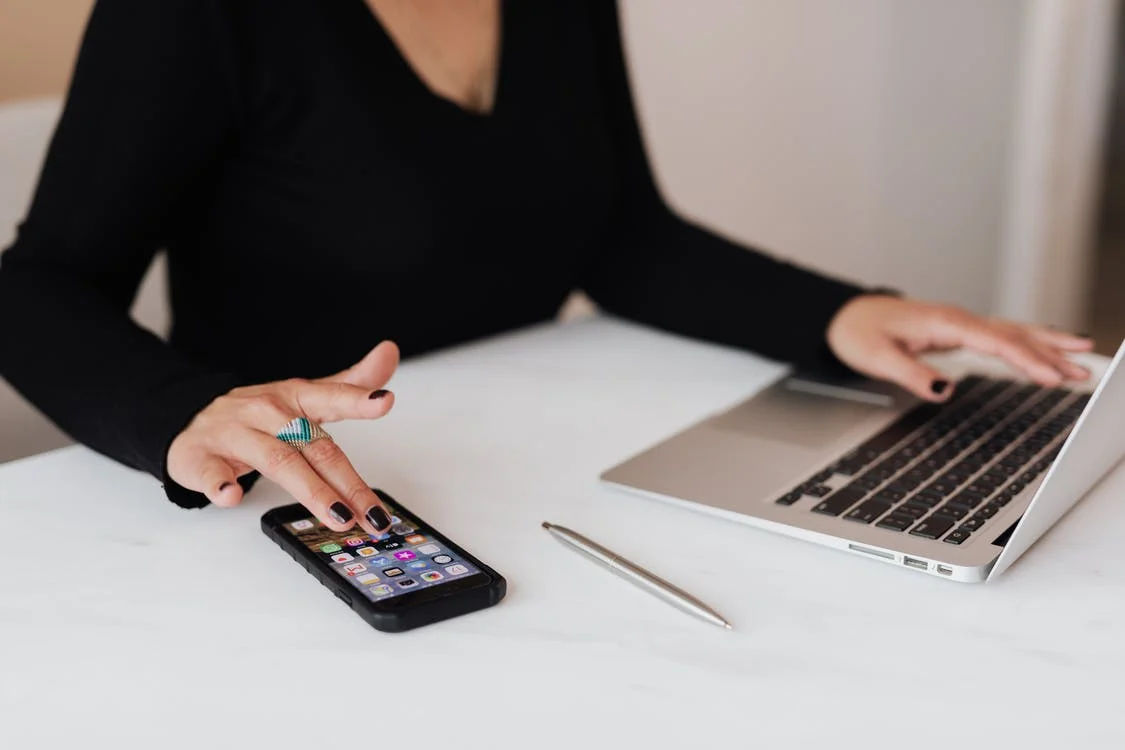 It lets me check if there are nearby WiFi hotspots or connections nearby. Since the app has access to my current location, the map will adjust accordingly if I change location.

For example, I love cafe hopping, so I often end up in different places in just one afternoon. I also love taking photos of the cafes and the food. This is why I look for an internet connection when in these cafes.

Before entering a cafe, I check the map on the app to see if there is an available WiFi connection at this location.

How Does the WiFi Map App Work?

This app is the best way to find free WiFi connections because it shows the WiFi hotspots near me and the total number of free WiFi hotspots in my current location or the city I want to visit.

I can check on the map available on the app to see how many establishments offer free WiFi connections. It also includes those hotspots I can use to connect to the internet.

The WiFi Map app highlights those places on the map so I can easily distinguish or find the location. Then, I only need to tap on the place and immediately connect to the internet once I get a good signal connection of the WiFi.

How Crowdsourcing Works on the WiFi Map App

The WiFi Map developers have shared that keeping the app a truly global, up-to-date database of fresh, reliable, secure, and fast WiFi access is impossible without some level of crowdsourcing. 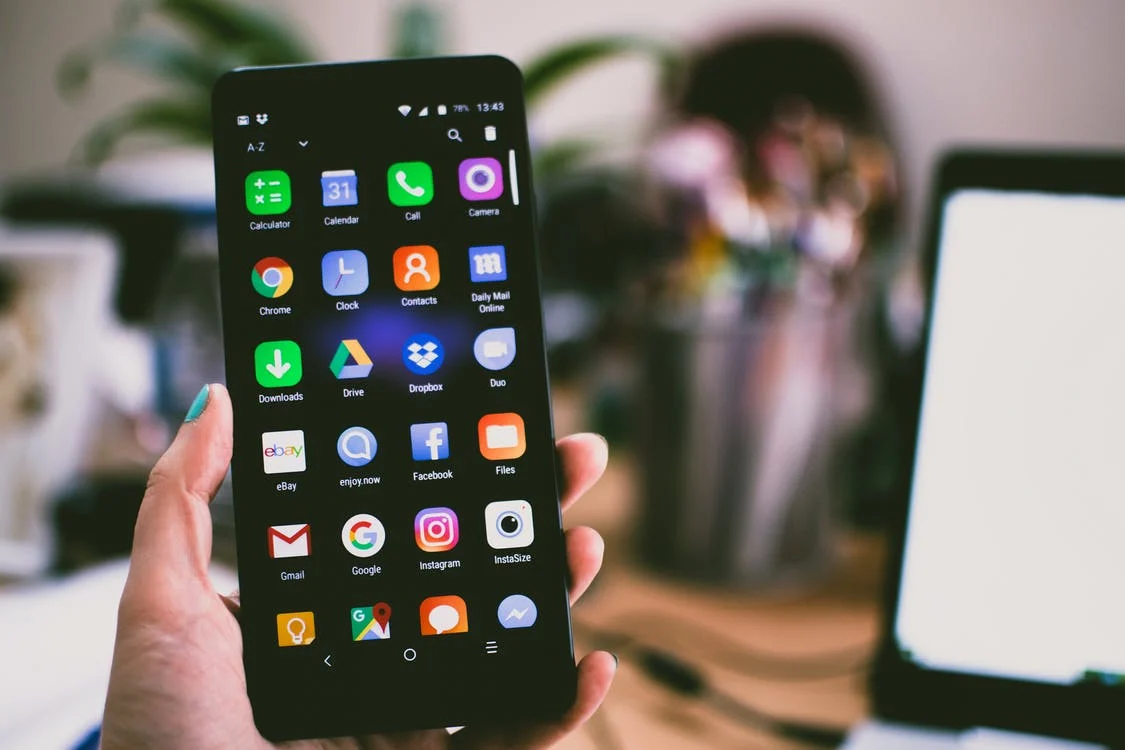 Thus, the developers of the app have been perfecting the crowdsourcing capabilities of WiFi Map with its internal APIs to provide accurate data to its users.

Crowdsourcing works by letting members of the community add WiFi locations and information to the app. All the WiFi hotspots and connections I can see on the map are the ones added by my fellow WiFi Map users.

The app simply saves on its database the information provided by other users and confirms if they are reliable and safe.

How to Connect to WiFi on WiFi Map

Since there will be many available connections on the app’s map, I only need to choose the ones with the strongest signal connection. To connect to WiFi, I need to tap on the WiFi hotspot.

Then, the app provides the name, location, address, and other application information, including the WiFi password. I only have to copy the password from the app and paste it into my phone settings to connect.

Is WiFi Map a Hacking Tool?

Initially, I thought that the WiFi Map app was some kind of a hacking tool. This is because I can find WiFi connections anywhere, easily, and connect to them without any problem. 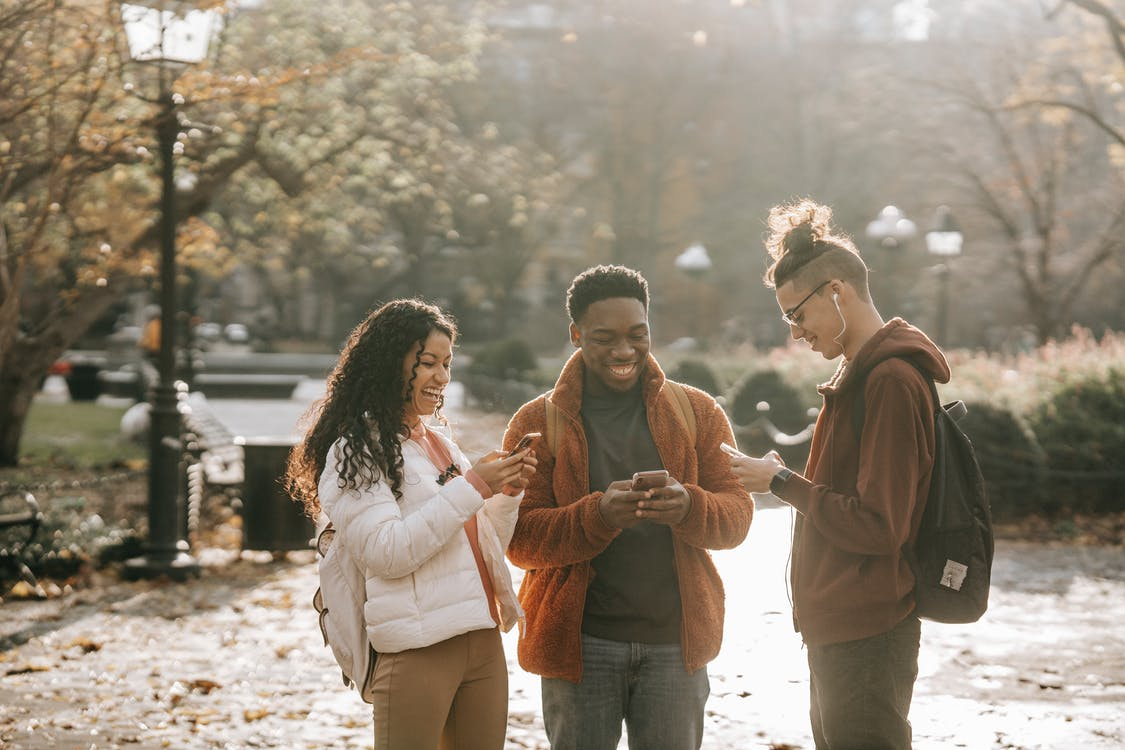 The developers made it clear that the app is not, in any way, a hacking tool.The WiFi Map app simply displays the WiFis that the other users added.

It means that there is no guarantee that I can get into my neighbors’ WiFi if it is not added to the map by other users.

How to Add a New WiFi

As part of the WiFi Map community, I can now add a new WiFi connection for others to enjoy and use eventually. It is easy to add a new WiFi to the database. I simply need to be connected to a WiFi I want to share.

Then, I must tap on the “Add WiFi” on the app’s map. I have to ensure to pin the correct location or provide the specific details of the location. I have to enter the WiFi password when applicable. 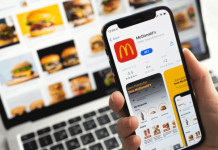 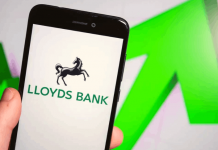