For many people around the world, basketball is not just a sport; it is a way of life. Because of this, there is a need to constantly keep up with all the latest news and happenings in the court, especially when it comes to the National Basketball Association, otherwise known as the NBA.

The NBA is undoubtedly the largest basketball league in North American history, and for a good reason. For many years, it has become home to numerous basketball teams in the United States and Canada, giving birth to legends and the best of the best in and off the court.

For individuals who want to stay tuned to the NBA, look no further. There is a dedicated NBA official app that allows avid fans of the sport to do just that. This article will delve deeper into the following topics in order to give readers more insight into what this mobile app has to offer. Take a look.

Get To Know The NBA Official App – What Is It?

NBA: Live Games & Scores is the official app of the NBA. It is created and developed by NBA Media Ventures, LLC. It is a mobile application that allows fans of the sport and avid basketball enthusiasts to keep up with all the latest events in the field.

The app provides access to NBA live games via an NBA League Pass and NBA TV subscription. Even better, users can watch game previews and recaps, keeping them in the loop at all times, even when they have failed to watch their desired game live.

Apart from this, the program keeps users and fans up to date with players and teams’ scores and stats. What’s more, individuals can also find game highlights, the latest NBA schedules, and the hottest league news and updates.

Using this program, individuals will no longer have to miss out on the news in basketball. The NBA app gives individuals access to various social media content and exclusive content such as videos and photographs.

Tons Of Accessibility With The NBA League Pass

What the NBA app offers is exclusive content and access, something fans and basketball addicts would not get right off the bat without this nifty tool in hand. The NBA League Pass, in particular, via the NBA app, is made to provide users with on-the-go viewing whenever and wherever they are.

The NBA League Pass is a subscription-based service that gives users expansive access to classic games. Besides the live TV coverage, the accompanying service provides replays of games and highlights. This even comes with game analysis and trade breakdowns for more insight.

What The NBA Official App Has To Offer

One of the main highlights that the NBA official app has to offer is no other than providing basketball fans with a comprehensive schedule of games and happenings in the league. This lets users always be updated and in-the-know, especially when it comes to showing support for their favorite team.

The beauty of the NBA official app is that it comes with tons of in-game and post-game highlights. This ensures that people who missed the live game can still watch the recap in their free time. These go hand in hand with previews and recaps, both essential for a more condensed take on the game.

Yet another notable feature that the NBA app offers its users are timely news and updates. These types of content can be found on the screen via the Features Stories section, allowing fans to view game highlights in a story format similar to that of Instagram, Facebook, or even Snapchat.

The hottest updates within the league are also within reach for many avid viewers and fanatics. They can easily get this curated news from editors under the Trending Nows topics. Most of these trending topics feature short clips and articles on teams and various players.

The NBA League Pass gives way to NBA Gametime. This can be accessed on the NBA app. This is a nightly studio show that sheds insights on the game highlights, the individual scores of players, the teams’ collective scores, and in-depth analysis from sports analysts.

Learning How To Use The App

Downloading the app is easy as pie, especially as this is available for both Android and iOS users on the Google Play Store and the App Store for free. After installation, users will be directed to the home page, which shows the scores and statistics of the latest NBA teams to have played against each other.

Just beside and to the right of the Home icon in the Games icon. Tapping on this will give users an overview of the teams who have played against each other and the specific dates they have done so. This also gives a preview of future games and the time and date these games are slated to take place.

Next to the Games icon is the Watch icon. This gives the top plays of the day as well as recaps and other notable highlights. Meanwhile, the Standings icon will give individuals an overview of the standings of teams by league, conference, and division, taking on a more comprehensive approach.

Alternatively, they can create an account on the NBA app. This will allow them to access the NBA League Pass and NBA TV, both of which are essential in order to watch live games. NBA TV is on for 24 hours a day, 7 days a week, giving unlimited access to games and reports every single day.

The NBA mobile app is available for free on both the Google Play Store for Android users and iOS users on the App Store. To download, users can tap on ‘install,’ and the app will be downloaded on the said device afterward.

Besides being available on the App Store and the Google Play Store, the NBA app is also available on various platforms. This can be downloaded on the Apple TV, Android TV, Amazon Fire TV, Roku, PlayStation 4, and the Xbox One.

Basketball can be watched on the NBA official app at any time. Here, users can watch the game highlights and see the interactive stats. This can be done by clicking on the Watch icon on the screen and under the Featured category.

The Featured category is home to a compilation of recaps. These include the best social media moments in the NBA All-Star, and of course, the top plays and performances of the recent games in the league.

Users can also watch basketball in a variety of ways. They can choose from categories such as High Tops, NBA Gametime, The List, and many others. They can also take their pick from a number of Nightly Notables which features the best players and their stunning achievements on the court.

Watching Live Games On The App With The NBA League Pass

Watching NBA live is a dream that many basketball-obsessed fans want to do at least once in their lives. The NBA app makes this possible with the help of the NBA League Pass or NBA TV. To watch such games and highlights, users must create their own account on the NBA app.

In some locations, a subscription to an NBA League Pass will already get users to access NBA TV for 24 hours. This already gets users access to interviews, live events, press conferences, and many other exclusive happenings. This, however, does not apply to subscribers in the United States.

The NBA app is where individuals can watch NBA live games. Besides the free Featured category, the Watch icon features NBA TV and the League Pass sections. To gain access to these, users must either sign in or subscribe to the said services.

The NBA official app certainly comes in handy for numerous basketball fans in different parts of the globe. With its extensive range of features and offerings, there is no doubt that users and supporters alike can get their fill on this app.

Whether individuals are interested in watching basketball live, the game highlights or recaps, or want to be in the loop for news and events, it cannot be denied that the NBA app does a lot and more. For those who want to stay on top of court happenings, checking this app out is sure to be worth it. 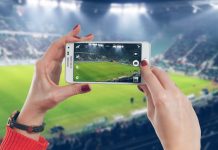 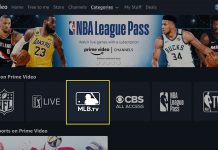