It can’t be denied that the world we live in today still presents some disadvantages to women, due to systemic patterns at place in society.

Despite these things, women can perform, do incredible things, and even invent things beneficial to society. Women in technology contribute beautiful inventions that address the biggest problems faced by humanity.

Aside from household items and other machines, women are also capable of inventing medical and scientific breakthroughs such as syringes, submarine telescopes, solar houses, and others. Read on to learn about some of the top technological inventions created by historic women.

The Top Inventions Made by Women

Below, we’ll take a look at some of the most influential women inventors from history and the accomplishments we can thank them for.

What marine life enthusiasts can use today to contain different species of fish was invented by the French naturalist Jeanne Villepreux-Power. She was initially studying paper nautilus when she invented a glass aquarium in 1830.

However, this invention of a special wooden box that pumps saltwater in and out was flourished by English biologist Philip Henry Gosse.

He was responsible for coining the word ‘aquarium’. Regardless, it was Villepreux-Power who provided a solid foundation for what the aquarium model is today.

Although there are existing prototypes, it was Josephine Cochran who created a dishwasher design that used water pressure. Her work focuses on the pressure of the water to remove the debris on plates and utensils.

Cochran’s invention of the dishwasher in 1872 helped millions of people around the world to clean the dishes without doing manual labor. By the time she invented the cleaning device, Cochran was able to help her servants in the house.

Today, dishwashers aren’t only common in residential premises but also in commercial establishments. It is used not only to clean the dishes but to disinfect plates and utensils.

One of the impressive inventions in history is Gertrude Belle Elion’s invention of the immunosuppressive drug called Azathioprine in 1957.

The material that’s five times stronger than steel but is lightweight, was an invention of chemist Stephanie Kwolek.

Women in technology like Kwolek contributed a lot to what society can enjoy today, offering strong material for construction sites.

Kwolek patented the Kevlar material in 1966, and since then, it was used for body armors, bullet-proof vests, roofing, structural reinforcement, and tires.

Because the material is strong and versatile, it provides a number of benefits to different industries.

This technology is quick and painless, preventing complete blindness due to cataracts.

Bath is a retired University of California academic who pioneered the creation of the cataract removal device called Laserphaco in 1981. At the time, her idea was more advanced than the technology available, and it took five years to complete and test the technology.

Today, a lot of people benefited from the keratoprosthesis device from across the globe.

People living in cold countries can thank Margaret Wilcox for the greatest invention of in-car heating. Wilcox invented a way to heat cars by busting air over the engine and into the vehicle.

It was in 1893 when the invention was patented and provided the foundation for the car heater devices available today.

She also invented other devices including a baking pan and combined clothes.

Women are contributors, innovators, and experts, excelling in different fields. Because of these inventions, people can enjoy better experiences and comfortable living.

It only goes to show how much women in technology are capable of doing. 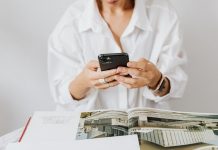 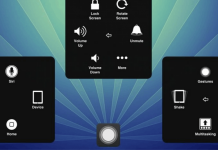