Football has been part of my life since I was a kid. I enjoyed watching football matches with my siblings, which eventually led me to try the sport as leisure. I grew up watching UEFA and always made sure not to miss any match.

As a kid, I enjoyed watching and playing football. I even had football idols and followed several football leagues in the world. My favorite and the most-awaited tournament is the UEFA Champions League (UCL).

I fell in love with UCL because it is an annual club football competition organized by the European Football Associations (UEFA). UCL is a top-notch tournament among top-division European clubs.

It is an exciting tournament as the teams come from their respective National League Championship tournaments. The champion teams usually represent their countries, but some nations’ runners-up are included in the UCL.

UCL has proven its popularity as the competition attracts an extensive television audience. Football fans from all over the world, not just in Europe, closely follow the competition. This sporting event has recorded over 360 million television viewers watching the live broadcast of the final of the 2012-13 tournament.

In addition, UEFA has a partner broadcasting company across more than 100 countries. Aside from live TV coverage, I used to watch UCL clips on YouTube and its official website.

Nowadays, there are more options for watching the UCL games, such as mobile apps. UEFA has an official mobile application for Champions League to ensure that all football fans will not miss out on any games or updates on the tournament.

Getting the UEFA Champions League App

This free app promises to have unrivaled coverage of Europe’s top club football competition. The UEFA Champions League app offers its content with the latest soccer news, scores, and draws.

It is also possible to watch UCL live coverage on the app. Next-day video highlights are also available on the app so that I can replay the best plays during the match. Lastly, the UEFA Champions League app has something for the fans to enjoy—a free Fantasy Football game.

When I installed the app, it asked me to grant permission to access various features of my mobile device. It wanted my file storage to read, modify, and delete content, including my photos and media files.

The UEFA Champions League app also asked for my contact, location, phone identity, and Wi-Fi connection information. After granting the app the permissions, it will run smoothly on my mobile device.

In addition, the UEFA Champions League app wants to do the following: download files without notification, receive data from the internet, control vibration, have full network access, use accounts on the device, prevent the device from sleeping, view network connections, draw over other apps, and run at startup.

Choosing My Favorite Teams on the UEFA Champions League App

The UEFA Champions League app welcomed me with its Privacy Policy. The app mentioned collecting certain personal data to give me a more personalized experience. After reading the app’s Privacy policy, I tapped on the “Let’s Start” button.

Interestingly, the app indeed helps me have a personalized experience by allowing me to pick the teams that I want to follow. In this case, it will be easier for me to get quicker access to club news, upcoming fixtures, recent match results, and many more.

If a user starts using the app during mid-season, the UEFA Champions League app groups the teams that are still in the competition and those that are eliminated. I can search for the name of the teams.

I am also allowed to add as many teams that I want to follow. In my case, I followed Liverpool, Real Madrid, Barcelona, Bayern Munich, and others. This way, I will not miss out on any latest information about my favorite teams.

Once I choose my favorite teams, I can now explore the app’s content. I liked that the app’s user interface is highly organized, so it is easier to check the latest scores, upcoming matches, latest news, etc.

There are five main tabs on the UEFA Champions League app: Home, matches, Groups, Fantasy, and More. The Home tab shows all the latest news about my chosen favorite teams and their recent matches.

On the second tab, I can check the upcoming matches. I can explore the team standings and roster on the third tab. The Fantasy Football Game is found on the fourth tab. Lastly, I can check other interesting content on the More tab.

Staying Updated on UCL with the App’s Home Tab

Another thing I liked about the UEFA Champions League app is that it shows all the recent news and information about the teams. I do not need to scroll so much on the app to see the latest updates on the teams that I follow.

The app’s Home tab also contains the results of the previous UCL matches and the upcoming matches. The UEFA Champions League app provides the complete detail of the matches, including the date and time.

Aside from the news, results, and schedule, the Home tab also has video clips of the highlights. If I do not have the time to watch the entire match, I could just check out the game’s highlights in a short clip.

There are also other videos on the app, which are usually compilation clips. For example, I could watch the classic final assists, historic finals, great final goals, and many more.

Checking the UCL Matches on the App

The UEFA Champions League app offers a detailed schedule of the UCL matches. The matches are complete with the date and time. It is also possible to check the previous match schedules if I missed a game.

Interestingly, the app provides a general review of the matches. There are highlights of the game in a written format. With this information, I will understand what happened in a match at a glance.

I can also check all the games played from the start of the UCL season.

The UCL Teams on the UEFA Champions League App

New football fans may not know all the participating teams in the UCL every season. Thus, the UEFA Champions League app provides basic information about these teams, found on the third tab.

The teams are arranged according to their groupings in the current UCL tournament. At first glance, I can see the teams’ standings in the eight groups. The app displays the teams that qualify for the next round.

If I want to know more about the team’s season performance, I only need to tap on the team’s name. The UEFA Champions League app shows an overview of the team, including their key statistics.

It was easier for me to get to know a team through their performance, such as their matches, possession percentage, successful goals, passing accuracy, balls recovered, etc. There is also the official roster of team players available on the UEFA Champions League app.

Trying the Fantasy Football Game on the App

All UCL fans know about the Fantasy Football Game, wherein we can create our own Champions League Dream Team. I only need to spend €105 on 15 players to score points based on their real-life performances.

The UEFA Champions League app supports playing the game as a guest. However, it is best to create an account on the app to save my progress on the Fantasy Football League.

To add fun, I can also set up a league to battle it out with my friends, family, and colleagues. I can check my overall position on the global leaderboards on the app.

Checking Other Content of the UEFA Champions League App

The content of the UEFA Champions League app is never-ending, as can be seen on the More tab. I can add more teams to follow on the app. Aside from the Groups tab, I could check the information about the club teams on the More tab.

Interestingly, the app has the current top scorer of the season. The UEFA Champions League app displays the player’s name and their number of goals, assists, and playing time.

In addition, the app lets me check the top-performing players. They feature the players that stand out the entire season using a specially-devised algorithm. The app explained how the algorithm works so that fans can use it independently.

Another exciting feature of the UEFA Champions League app is the competition stats. It allows me to check the performance of each team and player in terms of goals, position, tackles, and saves.

I used the stats to see if there are note-worthy newcomers that I should follow their career in the upcoming tournaments. In simple words, I use it to find a new player to idolize.

The UEFA Champions League app lets its user stay updated on the recent news, upcoming matches, and live games of the UCL.

The app is also complete with the team and player information and the competition statistics. 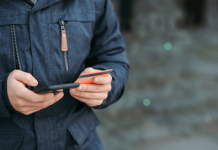 Spendee: Take Control of Spending With This App

Spendee: Take Control of Spending With This App

10 Things to Try If an App Won’t Update or Download...