Today, many people get to enjoy the beauty of smartphones and mobile devices wherever they might be in the world. From connecting with loved ones, or using them for work, there is no denying that the birth of the first mobile phone changed the world.

Technology certainly has improved immensely from its humble beginnings. From simply sending telegrams to being able to take part in instant messaging of smartphones. The smartphones of today have reached exponential heights.

With a glorious past and an even more exciting future, one can say that the evolution of these cellular devices has truly been a thrilling experience. In this article, we’ll be exploring the history of technology, particularly the creation of the first mobile phone.

History of the First Mobile Phone

The first mobile phone was created on April 3, 1973, with a prototype DynaTAC model under Motorola being made by Martin Cooper, an engineer for the company. Cooper successfully developed the first hand-held cellphone that connected to Bell Labs’ Advance Mobile Phone System (AMPS).

AMPS was a series of hexagonal cells that would allow users to connect with a base station. In turn, these base stations would transport messages from one device to another via radio frequencies. This Bell Labs creation was fulfilled at the end of the 1970s.

Cooper’s device was reportedly patterned after Star Trek, which featured a hand-held two-way communication device that allowed Captain Kirk and Spock to talk with one another. Cooper’s creation was designed alongside Rudy Krolopp.

The DynaTAC prototype weighed about two and a half pounds, and was nine inches tall. The phone was also comprised of 30 circuit boards. Upon its initial operation, it only worked for 30 minutes at a time after being charged and plugged in for 10 hours.

Though the cellular phone was created in 1973, it was only released commercially by Motorola, Inc. from 1983 to 1994, after encountering a series of tech and regulatory challenges. Under this, the Motorola DynaTAC 8000X received approval from the United States Federal Communications Commission.

The newest commercial model featured a slimmer profile with a cool weight of 16 ounces, complete with an LED display that showed numbers on the screen. The DynaTAC 8000X was sold for $3,995 in 1984.

Its value today is approximately around $9,831. Most of the individuals who bought the first hand-held devices entrepreneurs and financiers. Prior to the commercial release of the DynaTAC, Nokia released the Mobira Senator in 1982. It weighed around a whopping 10 kilograms.

The Smartphones of Today

The highly advanced gadgets of today have certainly come a long way since the DynaTAC. While the first mobile phone was bulky and worked only for periods at a time, smartphones today are now equipped with much more battery power, allowing it to work for hours on end.

More than this, smartphones are no longer confined to being used at base stations. Nowadays, calls, messages, and more can be done in virtually almost all parts of the globe, reaching millions of people worldwide.

Prices have also become much more reasonable and can now cater to individuals with different needs and lifestyles, rather than being only marketed towards the rich.

Albeit, smartphones still command a higher price tag, such as the likes of iPhones and Samsung devices, there are now more choices and more affordable offerings on the market.

The creation of the first mobile phone was just the start of a highly competitive technological landscape. As the years have gone by, these tech and phone companies competed and evolved with the times, and these creations have become more advanced than ever. 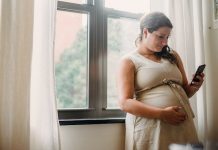